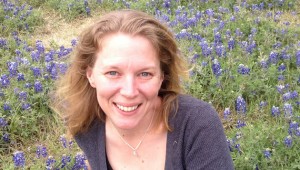 The author of more than 16 published novels, Anne has written her entire life and has the boxes of angst-filled journals and poetry to prove it. She’s been writing for public consumption for the last four years. Currently she is the author of three romance series.

She lives in rural East Texas with her husband and children in her own private oasis, where she prides herself in her complete lack of social skills, choosing instead to live with the people inside her head.

She is currently the author of three romance series. Below are the descriptions of each. 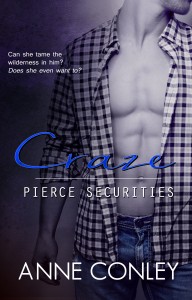 The first book in the Pierce Securities Series:

When Krista catches her boss doing the unthinkable, the only thing she can do is run. Straight into the arms of the eye-candy she’s been trying not to flirt with on her lunch break. But whose side is he on? Ryan’s security firm is having a hard time getting off the ground, and this may be just the job to help the company out. But pseudo-bounty hunter isn’t really what Pierce Securities is trying to get a name for. When he finds out their target is the classy lady from the park, all of his senses go on high alert. What do these men want with her? When Krista is forced into Ryan’s sanctuary in the woods, she realizes just how wild he is, and that she doesn’t want to tame him. He may feel his methods of protection endangered her, but without Krista in his life, Ryan is crazed.                              Get Your copy here:    http://www.amazon.com/Craze-Pierce-Securities-Book-1-ebook/dp/B00WNHAEO0/ref=sr_1_1?s=books&ie=UTF8&qid=1433605993&sr=1-1&keywords=anne+conley 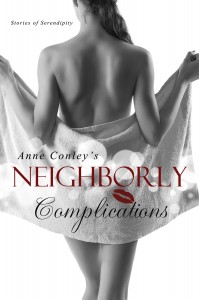 The first of the Stories of Serendipity

Claire moves into a house that she inherited from her Uncle Eddie. Her entire life, she has heard the stories of the gold that is hidden there. Dreaming of finding the gold, and opening a Bed and Breakfast, she starts fixing it up with her meager resources. Enter the hunky next door neighbor, who has every intention of helping her, but she doesn’t trust him. Is he trying to find her treasure?

Stories of Serendipity– Escape to a small town in Texas with real people, real jobs, and real problems.  The Stories of Serendipity are a series of stand-alone novels you can read in order or not, depending on how you feel.  They all have happily ever after endings, and are cliff-hanger free.  Tired of reading about twenty something year old jet-setters who wear shoes that cost more than you make in a month?  Are you over the billionaire playboy sweeping the virgin off her feet?  Sick of serial romances that cost .99 each, and by the time you’ve read the whole story, you’ve invested ten bucks?  Or more?  I’m not knocking those books, I read them and enjoy them, but every now and then I want to take a trip to Serendipity, Texas.

FIRST IN SERIES IS FREE!   Other titles will be: 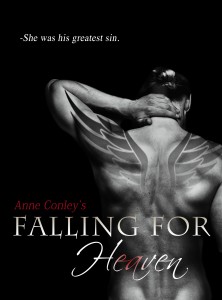 Uriel is one of God’s Four Winds, the Archangel of Destiny. He has helped thousands of people throughout the ages find their destiny according to His will. This time however, what he doesn’t realize, is that it’s his own destiny he’s supposed to fulfill

Heather is an exotic dancer, who’s stage name is Heaven. It’s not that that’s what she’s always wanted to do, it’s just that it helps her pay the bills, and she’s got a lot of bills, with taking care of her mother and her sister. When the mysterious Uriel comes into the club, she can tell he’s different, just how different will rock her world…

FIRST IN SERIES IS FREE!!  Other books in the series will be:

**PLEASE NOTE!   The Four Winds series are Paranormal Romances dealing with the Archangels.  They are the biblical archangels, so there are aspects of Christianity in them.  But the conflict in the stories are about the archangels falling in love and turning human, so they are dealing with human emotions and feelings.  Due to various reactions of shock and outrage, I feel the need to put the spoiler out there:  These books have sex in them, but also Christianity.  So if either of those bother you, please don’t buy these books. 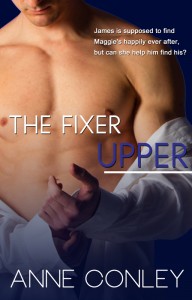 James, a UK based chef, has tried to make a career with EAT-TV, but his womanizing ways aren’t what they’re looking for with their wholesome family style image. However, the producers of a new reality show about single life, The Fixer Upper, think he’s perfect. Against his wishes his agent convinces him to give it a shot. His overpriced bachelor pad is needing a mortgage payment, and he needs a job to support the tween-aged daughter that’s recently been dumped in his lap.

Margaret Dumas is control freak who has micromanaged her marriage to shambles. When she makes a deal with her mother to quit fixing her up if she’ll do this new reality show, she thinks she’s won. No more blind dates, no more friendly advice, no more “chance meetings” with her Mother’s friends’ sons. The only catch is she’s got to go on detestable reality television and expose her dating habits to a total stranger who is supposed to “fix” her and make her a dating machine. As if.

When Margaret meets James, they clash on the surface, but deep down they recognize something in the other that they want. Redemption. 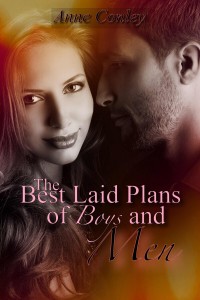 The Best Laid Plans of Boys and Men

The Best Laid Plans of Boys and Men tells the story of the whirlwind May/December romance between Taylor and Alexander. While Taylor is completely caught off guard by Alexander’s maturity and the difference between him and every other boy she’s dated, Alexander’s busy trying to figure out how to tell her he’s the lawyer suing her pants off.

This is a standalone story of approximately 30 thousand words, not part of any of Anne Conley’s series.

Don’t cry! You can stay in touch with Anne all sorts of ways! 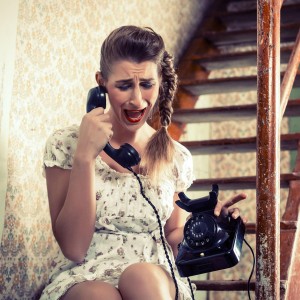 **Anne’s books are available through Amazon, Barnes& Noble, and most other sellers of print and digital books.