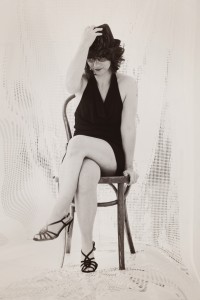 Decadent wants you to know this about her:

“The fae, magic, and mystical worlds of possibility are carved into my soul. When I write my stories I pour all of my heart into what they whisper. I’m the kind of lady who will stare off into space to better understand my characters thoughts, listening to them speak their own version of the story.

Books astound me, ravish me, and encourage me to keep moving forward. They are my kind of spice, my aphrodisiac. Throw me a dominant fictional male with a bite, or some magical aspect and a strong sassy leading lady and I’m a hooked on you reader.

I admire people who bring others up, I cherish the family who surround me with support and love, and I’m a fighter. I want to live, to relish, to explore, and to be wild.”

Come get acquainted; you’ll never be the same!

** Coming Summer of 2015: Impure Bargains Book 1 in the Impure series 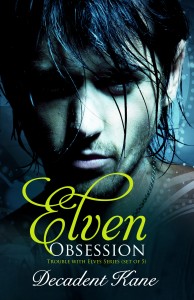 Is the print version of all five of her Trouble With Elves Series books. A wild and sexy adventure in the elven worlds filled with elves, goblins, and all manner of incredible magic and lust.

Something elven this way comes… The trouble with being an elf is… well, it’s complicated! We have to save Christmas magic like my sister Ribbon. Don’t even get me started on Clover. Clover has to break a goblin’s curse using love and nightshade! Whoever comes up with these recipes needs help. Now Captain Joren Steele has his hands full with not only a dark-eyed beauty named Pepper, but a king, an evil drow elf, and someone stealing souls! Cayenne has to capture a malevolent fairy, but she finds her attraction to her partner to be a bit distracting to say the least. And finally, Rue. Rue has a difficult choice: should she do as she is commanded  or standby as an elf is tortured. Join the elf side… 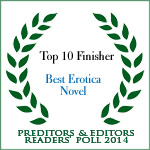 Elven Obsession is a top ten 2014 Finisher for the Preditors and Editors
award polls. or standby as an elf is tortured. Join the elf side…

Go here to get your very own naughty copy!

The five books of the set are described below. 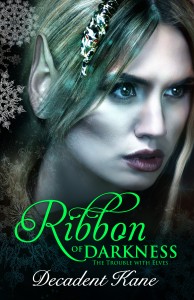 Book #1 of the Trouble With Elves series

Before Ribbon had a chance to get used to the idea of being an elf, she ran into Draven who’s body jingled her bells. Unfortunately, he’s the spy sent to haul her and her family back to the North Pole on Santa’s orders.

Draven North had one task for the last twenty-four years: find the Winters family and bring them home. He wasn’t expecting their only daughter to deck his halls. No matter how hot and sassy he found his roguess, he had to take her back before the darkness devoured the Pole and Christmas magic along with it. But was it already too late?

Get it here:   Amazon: http://www.amazon.com/gp/product/B00XSZQZIK 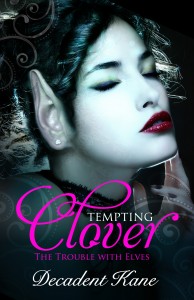 Book #2 of the Trouble With Elves  series

For two years, Clover has been at a goblin’s beck and call. Two years of no orgasms. Until she heard a rumor the sage witch could help her break the goblin’s curse. There’s only a few minor details, like how would she find love on short notice and how deadly are nightshade berries? Reed’s life was simple, own a bar, walk to work, fight a little. He didn’t expect to tangle with a wanton elfess who disappeared on him not once but twice. Let alone save her from a depraved goblin. He’d sworn off women like her for good, so why did he feel the need to protect her? 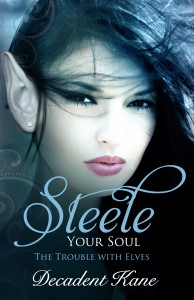 Book #3 of the Trouble With Elves

When Pepper set out for the day, the last thing she expected was to come face to face with a pirate. But when she locks eyes with the Captain, she’s ready to let him pillage or plunder whatever he wants. At least until his drow shipmate decided to steal her for himself. Captain Joren Steele has a love for his ship, money, and females, usually in that order. When Pepper steps into his life, he’s certain his love ’em and leave ’em status will remain intact. But when he discovers she’s a victim of the drow, he has to make a choice. His ship or the elfess. 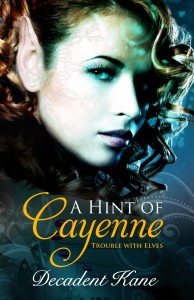 A Hint of Cayenne

Book #4 of the Trouble With Elves

Cayenne and Hawthorn go toe to toe as they compete against each other, and their attraction, for a bounty that could solve everything…for one of them. Hawthorn has a gambling debt to pay, and Cayenne wants to provide a real home for her sister.

Heat flares between the two despite their differences, which infuriates Cayenne to no end. Hawthorn wants to wring Cayenne’s neck, right after having his way with her. However, his gambling demons come back to haunt them both. The dark drow don’t take kindly to having someone welch on their debts. Can Hawthorn get out of trouble with a dark elf before Cayenne and her sister pay the price? 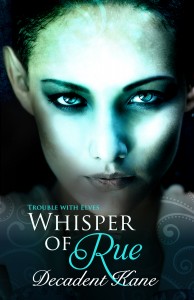 Book #5 of the Trouble With Elves series

After Rue walks into her home, there’s a magical earpiece and a mysterious letter waiting for her. On the other end of that earpiece is a tortured soul, whose life is on the line if she doesn’t do exactly as Gage Evans, the voice in the earpiece, says. Pissed that the male elf has her at his bidding because she can’t just let someone die, she follows his instructions. They not only lead her to the tortured elf, but the killer of her father as well.

When she lets loose a powerful magic and is thrown in a dungeon with Mr. Evans, she’ll have to keep control of her senses to figure her way out of a place with no doors, or windows, and damnit why wasn’t she born with the elven gift of blinking magically away? 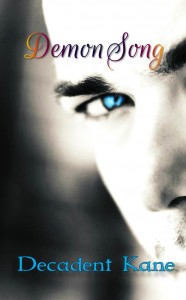 Amelia has heard a song coming from the pool since she was a little girl. She hadn’t expected a seductive demon to be the one singing to her. When the creature shows himself all of her memories come flooding back with an unexpected fire.

A steaming hot short story that will raise your own temperature!

“The tale begins with lovely prose as if luring the reader into the same enchantment, but it fast becomes steamy before turning really hot when the demon makes his entrance. And oh, what a rousing first impression he makes! It continues to get more intense as the truth of Amelia’s situation is revealed.” Christina Rains, review on Amazon.

Get your copy here:  http://www.amazon.com/gp/product/B00ZBJQB6M 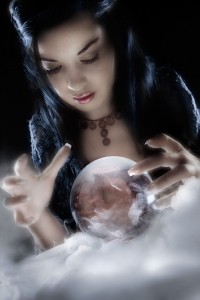 Get in touch with Decadent Kane!

She would love to keep you informed about her writing and books!

Some Teasers and Reviews: 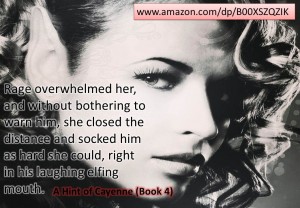 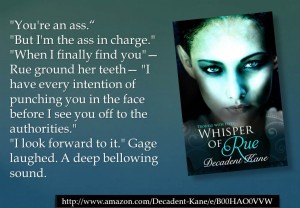 “I’ll be the first to admit, I was never a big Elf Fan, but Decadent Kane has changed my mind! Ribbon has depth, charm and sassy appeal as she struggles to accept and process the latest change in her life. Draven is hot, stubborn and determined to make sure this Lady Elf embraces her destiny rather than to keep running from it. A great read with compelling dialogue that keeps you wanting more. All hail Elves…the new Sexy!”   Wendy M. Schuffert